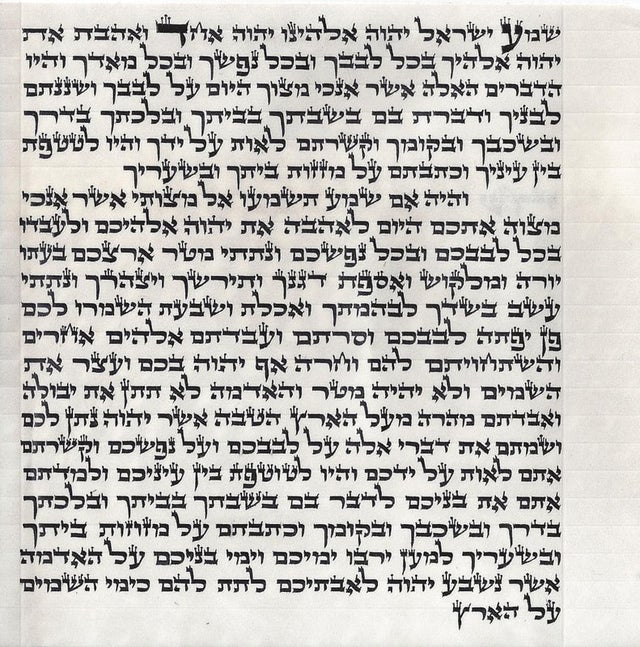 He checks each line over before writing the next, He cares about the end product. He takes pride in his work, in a sense like an artist takes pride in his painting, but even more so the mere thought of a letter being written incorrectly horrifies him.

A Sofer who is a Yirei Shomaim wants his Mezuzah to draw down Hashem's Kedusha/Holiness in to this world, and he is honored to be able to be the vessel in which it comes about. He is not primarily writing for financial benefit.

As you can imagine because so much time and effort is vested into nice Mehudar Mezuzah they can easily cost one hundred and fifty dollars, while some can reach as far as two hundred and fifty.

The more Mehudar it is the more it will cost.

A) Aesthetic beauty, the Torah says “ze keli vi anveihu” which translates to “this is my G-D and I will glorify him” we learn from here that it is proper to adorn the mitzvos, that our observance of the mitzvos be a beautiful as possible. In our terms here it refers to a beautiful Ksav.

B) More importantly it is referring to the Halachik aspect, to fulfill the Mitzvah on the strictest level. A level that every Halachik authority would agree is Lechatchila and that it is the most kosher it could be.